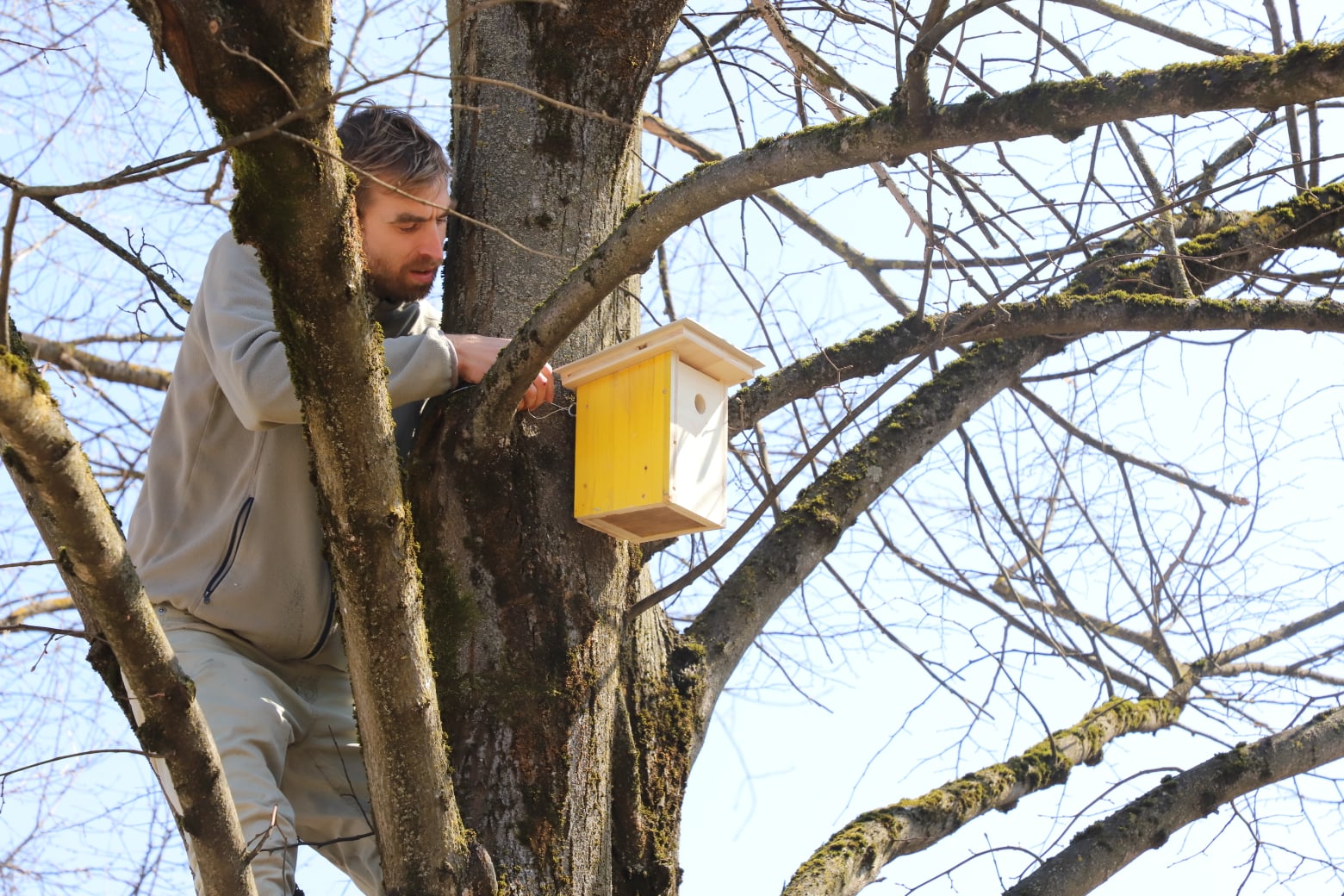 Andrej Koruza (Koper, Slovenia, 1982) attended the Scuola Mosaicisti Del Friuli mosaic school between 2004 and 2007. From 2010 to 2012, he led a workshop of G¬R¬U¬P¬A, a group of designers, architects and craftsmen, with which they carried out the project Trgovina/The Shop at the Biennial of Industrial Design BIO22 (Ljubljana, Slovenia) and realized the project Gostilna Dela (2011) ) and Gajbla (2012). Between 2013 and 2016, he produced a series of interactive installations/mosaics that address the relationships between system, technology, and society. Both in Slovenia and abroad, he exhibited the installations Znamenja z meje, Trki, Grinder. Znamenja z meje were displayed as the main work of the RavennaMosaico Festival 2013, which was presented as a Slovenian exhibition at the SONICA Festival of Transitory Art 2013 and selected for the Premio Arte Laguna finalists’ exhibition at the Arsenal in Venice and the Oddstream Festival in Nijmegen, the Netherlands. From 2013 to 2016, he was the TOK TOK design studio, where he designed and manufactured solid wood furniture. In 2015, he ran a high-profile Kickstarter campaign with TOK TOK for the TROBLA acoustic speaker. In 2016 and 2017, her worked as a set designer and creator of robotic props for the play by director Jan Krmelj, Utopia. An archeology of paradise, and in the performance Mechanical Lions, directed by Marko Čeh. Since 2017, he has been running the association for the development of sustainable design TRAJNA with Gaja Mežnarić Osole. Within the association, he researches and develops innovative sustainable approaches in using invasive alien plant species. Their first project SIMBIOCEN was exhibited in the Museum of Architecture and Design (MAO) park and project premises as part of BIO 25 and then also at the 22nd Design Triennial in Milan. In 2019 he and Gaja Mežnarić Osole, as part of the Trajna Association, began designing the KRATER creative laboratory, a continuation and extension of the SIMBIOCEN project as a temporary use of a construction pit.