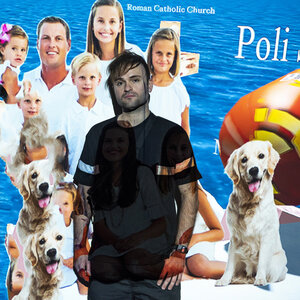 Kasko Karambol – Dorijan Šiško is a Slovenian graphic designer who also explores other areas of visual art, such as illustration, multimedia, contemporary art and VJ-ing. His primary engagement in design is concerned with speculative, critical and multimedia design. In his works, he explores topics such as digital culture, the Internet, futurism, science fiction, tribalism and popular culture. He was the art editor of the socially critical student magazine Tribuna. He is a co-founder of the cultural association Kombajn and the art director of the art and design collective freštreš, with which he regularly publishes the freštreš maga/zine and exhibits in Slovenia and abroad. He is currently active as a freelancer in his own studio practice and as a creative leader and designer at the Nimaš Izbire collective. He is the recipient of two awards of the Brumen Foundation: for the newspaper Tribuna and for the book Freštreš 10. His work has been exhibited in such institutions as Osmoza, KUD Kibla, Kino Šiška, Slovenian National Museum, Modern Gallery Ljubljana, MGLC, GT22, Jakopič Gallery, Out to See Festival in New York, etc.