The fundamental principles lie in both duality and permeability of two contradictory particularities: the analogue and digital medium, physical and virtual reality, two-dimensional image and three-dimensional object. However, the principles of media are inverted in the video. The hanging image becomes an object of dynamic change, while the projection of the digital image remains static. The mutual interaction and synchronisation of image formats develops the illusion of elastic shape and spatial changes that may raise questions about the veracity of the reality constructed in this way. What is at work here is a tautological cycle, doubling of representation. Therefore, we are looking at an image of an image and a representation of a representation. The performance is recorded with a video camera and the video is then exhibited in the gallery, again through video projection and a large format monitor at a scale appropriate to reality. The physical presence of the artist or technical tools also plays a significant role, contrasting with the more ephemeral nature of the projected geometric diagrams and models. Attention is focused on the ambivalence of perceiving and experiencing space and time, on its measurement and formatting, as well as on the uncertainty of perception. 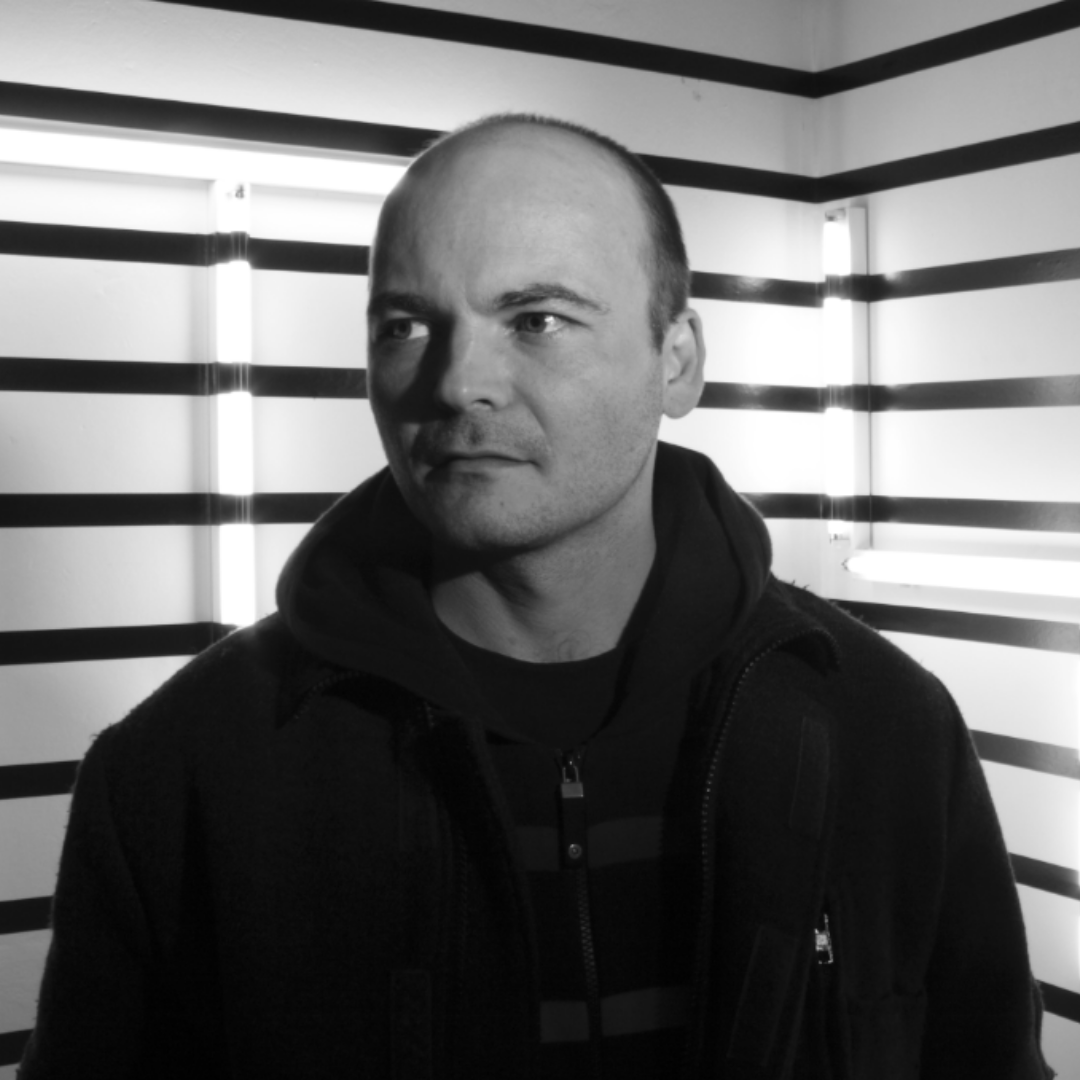