Amygdala MK3 (2015–2018) is an artificially intelligent (AI) robot in the form of an uncanny human-like limb, hung inside an industrial-grade computer server cabinet. The robot’s only aim is to learn an animistic ritual of purification known as »skin-cutting«, found across tribes in Papua New Guinea, Africa and Eastern Asia. Abject and yet sinuous, Amygdala uses a knife to repetitively and carefully manipulate and sculpt its own skin, on and on. Driven by biomimetic neural networks, the robot teaches itself the physical and cognitive discipline to perform the ritual; its labour is repetitive, careful and neverending. The specific kind of neural networks behind Amygdala imitates the sensorimotor system of animals, meaning that the robot’s movement are not pre-programmed, but emerge spontaneously and iteratively from the activity of the neural networks. Rituals of purification and AI technology are both means of social categorization and thus reflect the hidden systems of untold signs and rules which societies are based upon. With its disturbing and sensual performance, Amygdala reanimates a key symbol of human history through the glare of today’s technocratic society. In collaboration with Ana Rajčević and the Neurorobotics Research Laboratory at the Beuth-Hochschulle für Technik in Berlin.

Calyx (2019) is a sculptural installation composed of skin garments, each bearing unique traces and scars caused by the operations of an AI robot named Amygdala. During every exhibition, Amygdala uses a steel metal knife to carefully cut and sculpt the skin, without any particular goal other than learning to cut. The skins are, thus, bodily relics testifying to the computational agency of the machine and to its oblivious brutality. The skins are the result of combined activity by the human artist and the autonomous robot. The initial, intact skin garment is first created by Donnarumma by hand, using a particular compound of organic materials designed by the artist to resemble human skin as closely as possible. The artist’s bodily hairs are also embedded in the skins. When ready, the skin is attached to the body of Amygdala, which then begins its inexorable skin-cutting performance. Being dependent on an architecture of neural networks – an algorithmic method used to embed machines with limited »learning« skills – the cutting movements of Amygdala cannot be predicted and vary greatly across each performance. Initially, a skin is soft and malleable enabling Amygdala to sculpt it with relatively little effort. However, as the time passes, the skin dries up, eventually hardening completely. This makes it impossible for Amygdala to continue its work. Only at this point, the skin is removed from Amygdala’s nest and stored for inclusion in Calyx. Amygdala and Calyx are part of the 7 Configurations cycle (2014–2019), a series on the conflicts surrounding the human body in the era of artificial intelligence (AI). 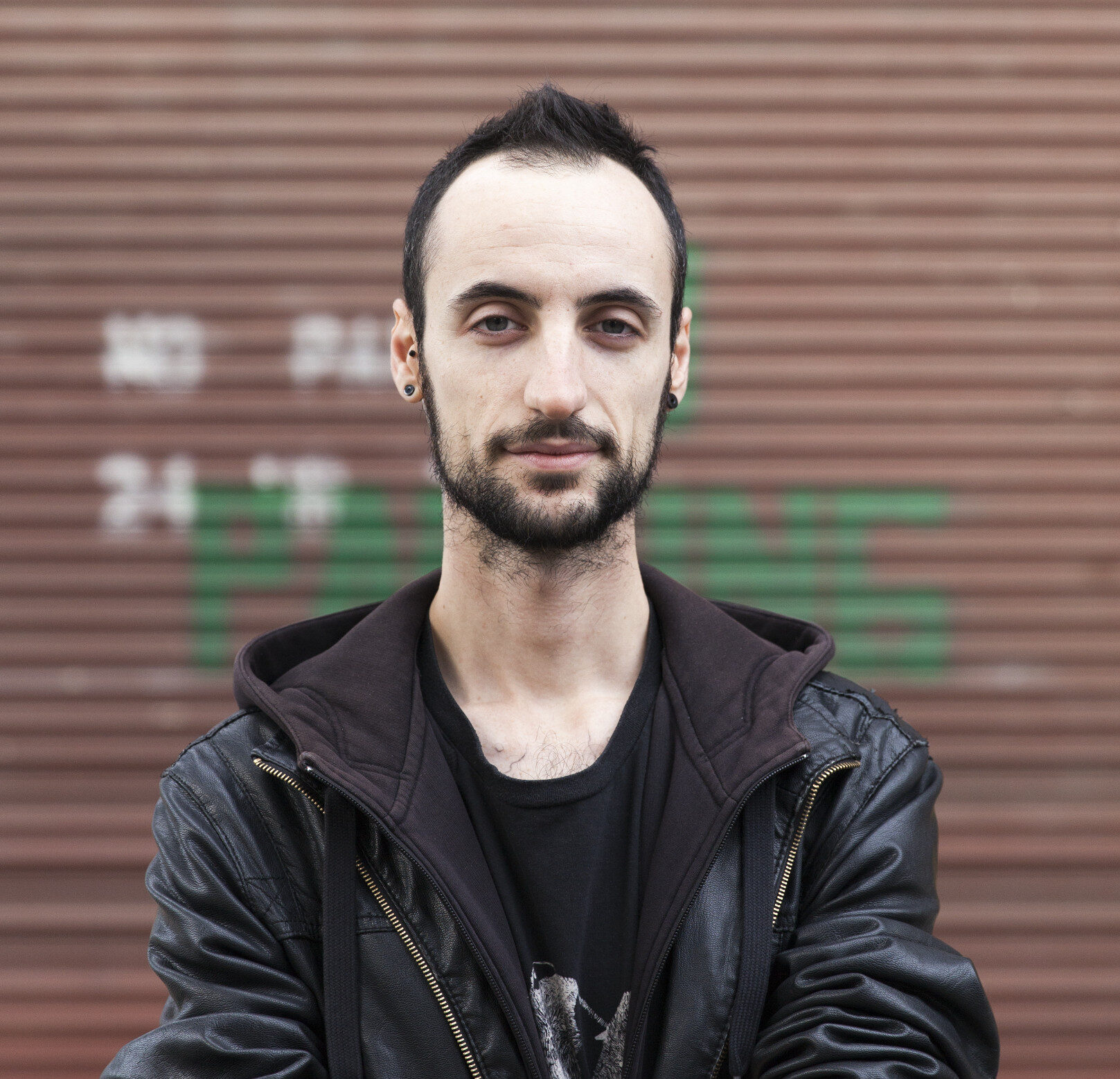