MetaGarden Sphere4: Club is a virtual club and garden that enables us to explore virtual reality as a social space of connectedness. This world features a minimal techno audio-visual set or special events scheduled by the hosts. It is inhabited by generated Dyson Sphere-like devices, objects inspired by the shapes of snakes and plants, and reconstructed plants from the Earth’s past.

Sphere4 is placed within VRChat, an amalgam of a computer game and a social platform that offers possibilities of organizing events and publishing content in the form of virtual worlds and avatars to its users. VRChat could also be described as a »Non-game game,« a class of software offering the player unbound possibilities of freeform play, identity, and a great degree of self-expression, exploration, and interaction, without the limits of conventional or imposed goals and objectives.

This sphere of the MetaGarden features several plants from the Earth’s past. These are Strychnos Electri, a poisonous flower, four Carboniferous plants (Psaronis, Calamites, Kordait, Sphenophyllum), and Chenocebus Alllodapus, a flower modeled after what is possibly the very first flower to blossom on Earth. Strychnos Electri and Chenocebus Alllodapus were studied by George Poinar, one of the world’s experts on plant and animal life forms, preserved in amber. While being alluring and essential for human survival, the first flowers may have existed up to 100 million years ago. Many paleobotanists work on the puzzle of how the first flowers looked. With Chenocybus Allodapus representing one of the earliest angiosperm lineages known, Strychnos Electri belongs to the family of highly poisonous plants that, together with snake-like objects in Sphere4, creates twisted instances of Asclepius rods alluding to the medicine-poison dichotomy. The world is full of orchids as representations of its most seductive and diverse flowers, while the Dyson sphere-inspired objects float, encircling stars and capturing their energy to be used in this world. As new spheres of MetaGarden unfold, we can observe their elements, how entities form lives of their own. As Félix Guattari puts it, »its chaosmic Universe can be constellated with […], vegetal, animal, cosmic or machinic…becomings.«

Vilem Flusser, a key theoretician and philosopher of media, said that if we upgrade our apparatuses so that we do not need to operate them continually, we could spend more time playing. For Flusser, playing had the status of essential human activity. Playing can be understood as a series of acts of recreation, relaxation, creativity, being in the moment, structuring our free time, and devoting ourselves to activities we enjoy. Through participation in the building of synthetic worlds and characters, games can be sought out as part of the process of »self-determination,« part of Flusser’s idea of »humanization,« which is, according to him, an overcoming of »thrownness« – the burdens of one’s birth impositions. Playful situations alternatively set up new temporary relations among participants and might include synthetic characters and worlds that have flourished together with the development of computer technologies. Video games offer temporary options of immersing oneself in the alternative, modified, or new lives with endless possibilities of modifications. We always played games: acts of pretending, of creating, building, influencing elements around ourselves, hunting, or immersing ourselves into alternative landscapes. We learned how to get along with other people in small improvised spaces, in arenas, in both real life and virtual playgrounds.

How does one connect with another being nowadays? Music is one such medium, essential for both celebrations and play. Vibrations of sound waves as invisible wires spread emotion through triggering impulses. As a liquid agent distributed among actors of a particular world, it can connect the invisible strings among people and tie them into a temporary network of vibrant energy flows. This liberating, transcending self through the crowd dancing in togetherness is also one form of play. It is a communal dance, a primal activity in unfolding, a cosmic unity of sorts, or intimacy with the universe.

Within The Temporary Autonomous Zone (TAZ), Hakim Bey talks about the parties as republics of gratified desires. Escaping the regular rhythms of life, according to Bey, helps one discover the real edges of reality. Like in a dream, VR users experience shifting of reality references. These may seem like temporary acts of anarchist dreams from autonomous zones and a re-awakened culture of the free festival with care, cultivation, and love as a driving force in mind. 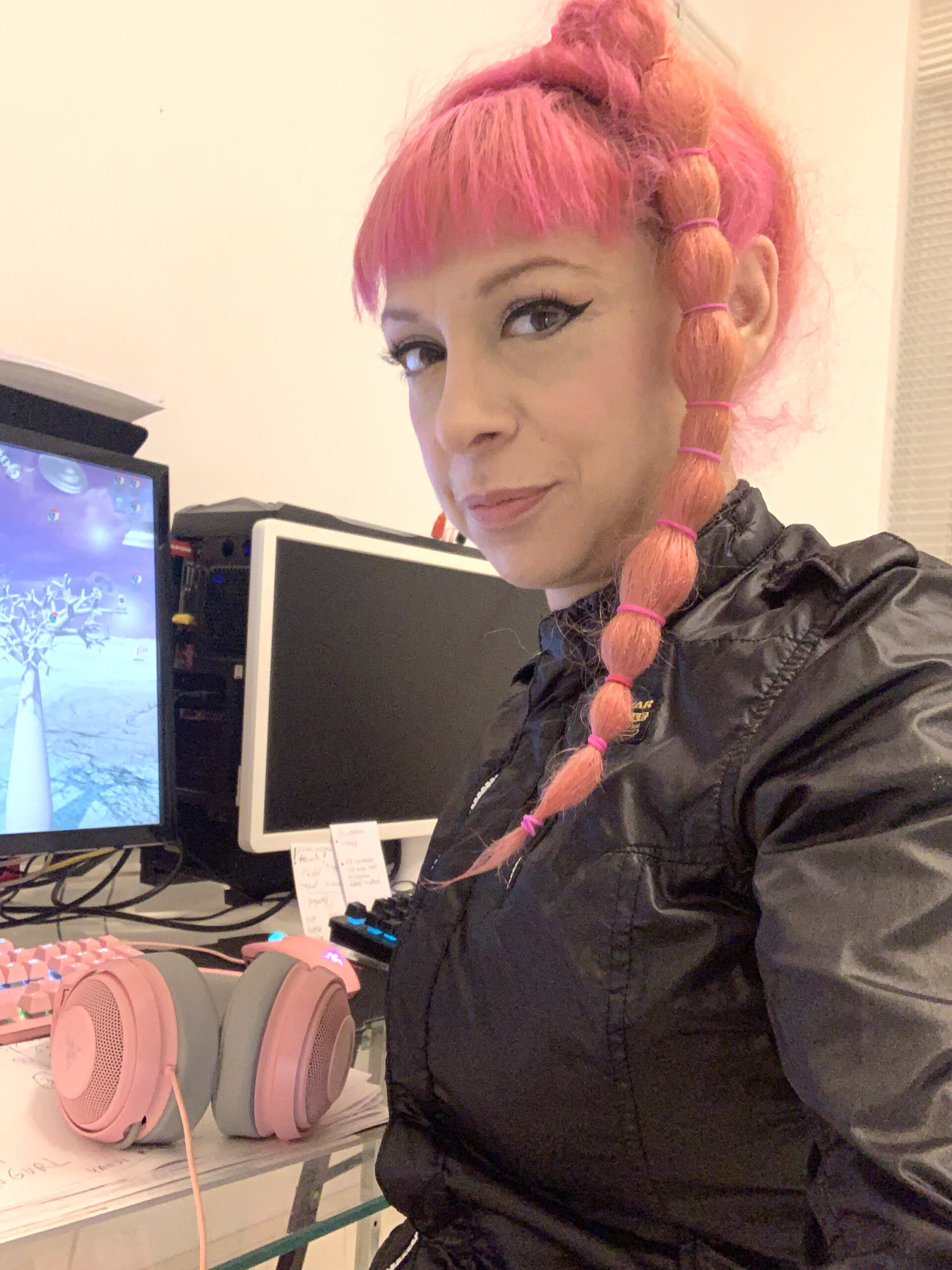