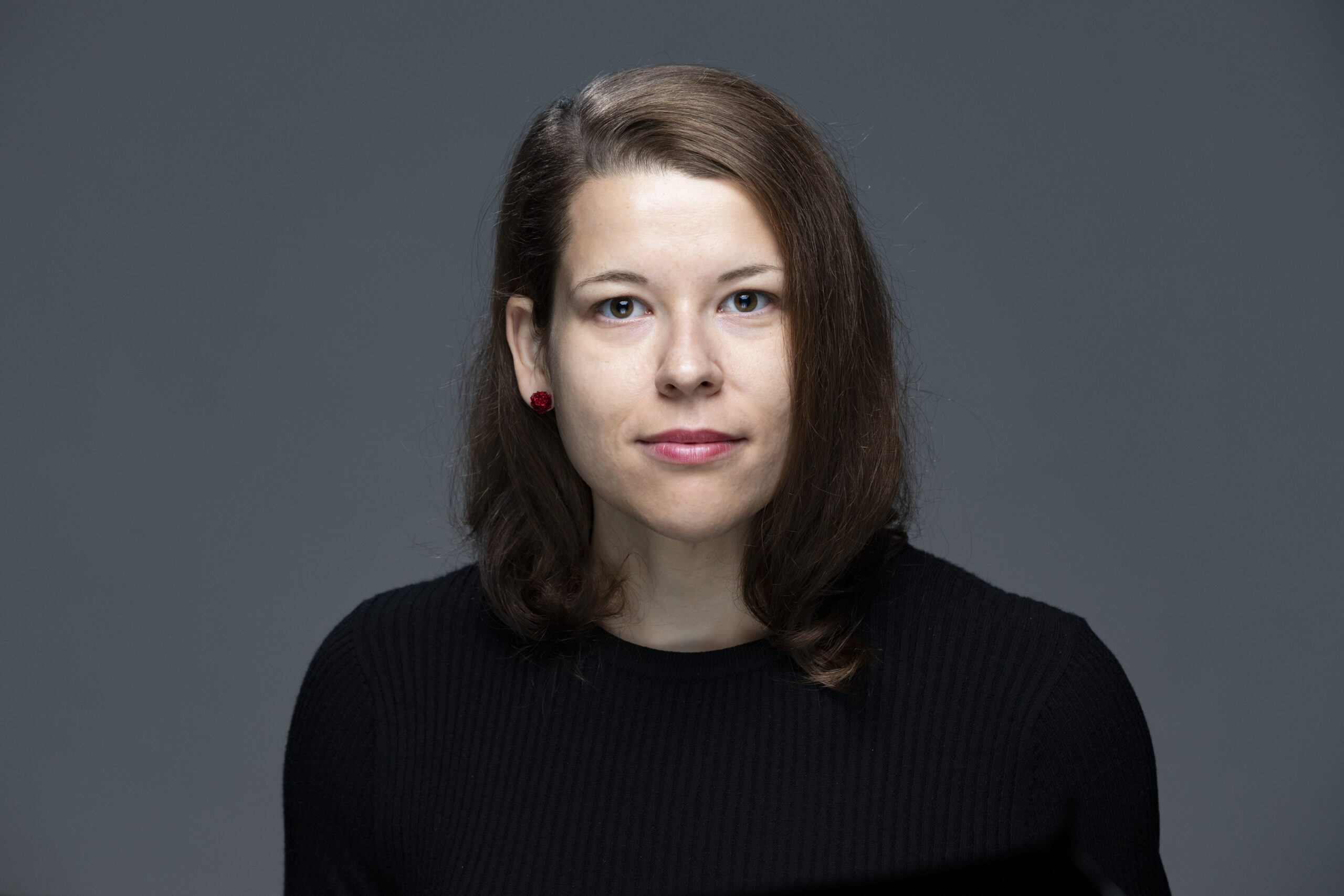 Valerie Wolf Gang (1990, Ljubljana, Slovenia) is a multimedia artist, film director, videographer, transdisciplinary arts researcher, and mentor. Her works focus on the ideas behind human experiences, such as aspects of consciousness and reflections of social conflicts arising from political regulations and constraints. She mainly explores the relationship between humans and technology and is inspired by the connection between animate and inanimate nature and the multifaceted nature of the human character.

Her work has been presented in numerous group and solo exhibitions. She has received numerous international scholarships and awards (e.g., Ivana Kobilica Award, the National Film Award Vesna, the Alumnus Optimus Award, a working scholarship from Ministry of Culture of the Republic of Slovenia, the Restart Award, the Roberto Cimmeta Grant France, the Kultur Einer Digitalstadt Grant Germany, the KulturKontakt Grant Austria, etc.). She is a member of the international art collective Spielraum Ensamble, the Famul VideoLab research unit, the Directors Guild of Slovenia, Ljubljana Fine Arts Society, and the Collecting Society of Authors, Performers, and Film Producers of Audiovisual Works of Slovenia. She is the founder of UV Arthouse producing experimental films, video installations, and researching the field of emerging technology and interactive multimedia art practices at the intersection of science and arts.

Alongside her artistic production and research, she also lectures on contemporary artistic practices, teaches film education in cooperation with different institutions (leads a BA & MA class “Experimental Form” at the University of Nova Gorica, is a mentor at EU program “Developing communication competences through cultural-art education,” at The University of Primorska, and various workshops and masterclasses in collaboration with Kinodvor, SCCA, Kinoteka, Bobri…) and is a Ph.D. candidate at the Slovenian Academy of Science and Arts. Since 2018, she has been a professional associate at The Institute for Fine Arts Vienna, collaborating with the Academy of Fine Arts Vienna. In 2020, she received a grant from the Center for Creativity for the production of an interdisciplinary platform that connects activities and development of the cultural and creative sector, co-funded by the European Union from the European Regional Development Fund and the Republic of Slovenia. Wolf Gang has been a jury member in several international film and new media festivals and is a member of the Scientific Committee of International Conference on Computation, Communication, Aesthetics & X